Heavily pregnant 'New Girl' star Zooey Deschanel waves at photographers as an assistant rushes her into the ABC studios in Los Angeles, ahead of her appearance on 'Jimmy Kimmel Live'. She is dressed comfortably, in black leggings, flat shoed and a white tunic.

Deschanel announced that she and her boyfriend, producer Jacob Pechenik, were expecting a baby back in January 2015. It's her first child, and the announcement was soon followed by their engagement. The actress told Jimmy Kimmel that she intends to keep the baby's gender a surprise.

Fox Picks Up 'New Girl' For A Fifth Season 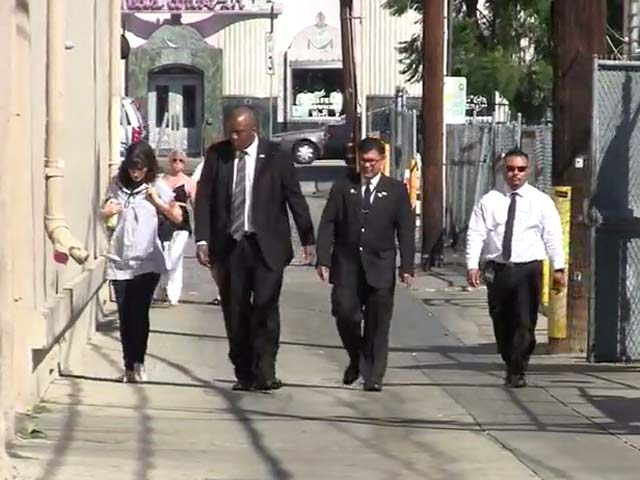