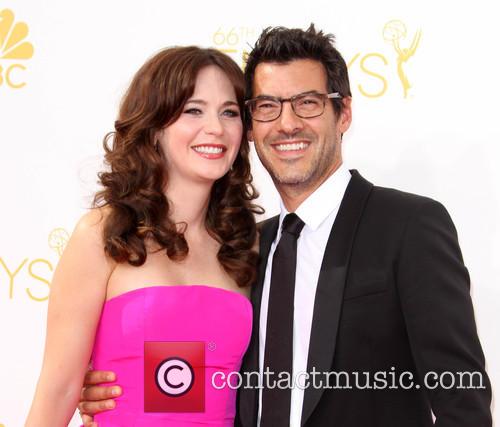 Zooey and Jacob are now parents to two young children

US Weekly broke the news of the new arrival - who is reported to have arrived last week - and revealed his name: Charlie Wolf.

A rep for the actress confirmed the news and said: "Zooey, Jacob and their daughter Elsie are overjoyed to welcome the newest member of their family."

During her pregnancy, Deschanel was spotted filming her hit comedy, New Girl - in which she plays the title character - and showing off her bump on set.

The actress and her producer husband surprised fans in August 2015 by revealing they had welcomed the little girl a month before and that they had secretly got married in Texas two months prior to that.

She also revealed why the pair had picked such an unusual middle name for their first child and said that both she and Jacob love wild animals and that they felt they could "go a little wild" with the middle name - something the couple seem to have done with their newest addition.

During her first pregnancy, Deschanel revealed she had struggled to give up some of her favorite foods when she appeared on Jimmy Kimmel’s chat show.

"You can have a little bit [of coffee], but I would have, like, four cups a day. And now I can have a half cup, which is a joke! It’s a total joke!"