Zooey Deschanel's Divorce is Finalised, But She Receives a Golden Globe Nomination 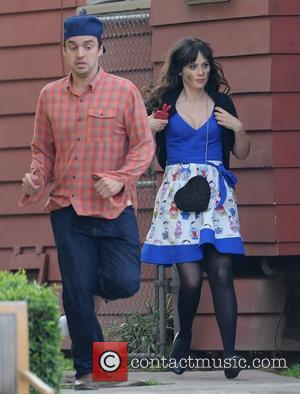 Having been married for two years and then separated for a year, the divorce between Zooey Deschanel and the Death Cab for Cutie singer Ben Gibbard has finally come through.

Deschanel filed for divorce late last year after two months of separation. The pair had married in 2009, but as People reports, the divorce papers say: "Unhappy and irreconcilable differences have arisen between the parties, which have caused the irremediable breakdown of their marriage. There is no possibility that counseling . or mediation could save the marriage."

The 'Elf' star is currently starring in her own series called 'New Girl', in which she plays a kooky teacher living with a group of three guys in a loft apartment in California, for which she's recently received a Golden Globe nomination. As well as acting she has released music in the form of She&Him along side M. Ward, including an adorable Christmas album. Plus, she has her own entertainment website for women called HelloGiggles that takes submissions by readers for articles that are pertinent to their interests as well as to those who read it.

To add to all these skills she'll soon be adding 'producer' to that list, as it's been reported by Deadline that she's teaming up with the New Girl writer J.J. Philbin for a film called 'Must Be Nice'.