Because faith isn't always something you're born into.

Zooey Deschanel has reportedly converted to Judaism for her new husband Jacob Pechenik, despite having never been affiliated with any religion before. The conversion took place prior to the marriage earlier this year and it seems the newly bonded pair and their new baby couldn't be happier. 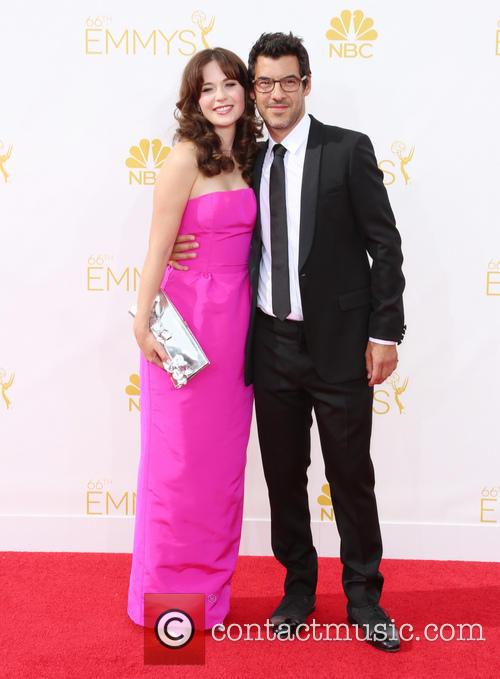 Having been raised in a liberal environment, with both parents affiliated with Christian denominations, the 'New Girl' actress never really found her own spiritual path. That is, until producer Pechenik came along and she began to study the teachings of the Jewish faith, according to a source in Us Weekly. This could mean that they'll also be raising baby daughter Elsie Otter in a Jewish household.

Deschanel is by no means the first person to convert to Judaism in the celebrity world, be it for love or other reasons. Around the same time, porn star Jenna Jameson also revealed her intention to convert upon making marriage plans alongside her Israeli boyfriend Lior Bitton. Actress Isla Fisher absorbed herself in the religion before marrying Sacha Baron Cohen in 2010, and Ivanka Trump studied with Rabbi Elie Weinstock from the Modern Orthodox Ramaz School in 2009 before marrying Jared Kushner in the same year. Elizabeth Banks considers herself Jewish having partly undergone the conversion process during her marriage to Max Handelman.

It's not like it's a new fad either; Marilyn Monroe and Elizabeth Taylor were both known to have converted for love, the former in relation to her marriage to Arthur Miller and the latter to Eddie Fisher - though her previous husband Mike Todd was also part of the faith before he died.

There are many other reasons celebs have chosen the Jewish way of life too. Ariana Grande began studying the Kabbalah at the age of 12 after renouncing Catholicism for their stance on homosexuality, and Madonna has also been dedicated to the Kabbalah since the birth of her daughter Lourdes. British actress Felicity Kendal converted while she was married to Michael Rudman, but she insists that her choice to become Jewish had nothing to do with her marriage.