Deschanel and her husband Jacob Pechenik told waiting reporters about the inspiration behind their three-month-old girl's name.

Three months after she gave birth to her first child, Zooey Deschanel has revealed the unusual middle name she and her husband have given their baby daughter, and the inspiration behind it.

The ‘New Girl’ and husband Jacob Pechenik have chosen the name Elsie Otter for their three month old girl, they told People magazine at the red carpet premiere for Rock The Kasbah in New York on Monday night (October 19th). “It’s Elsie…” Deschanel began, with her husband jumping in with “Otter”. “Like the animal,” she explained, with Pechenik adding “sea otter”. 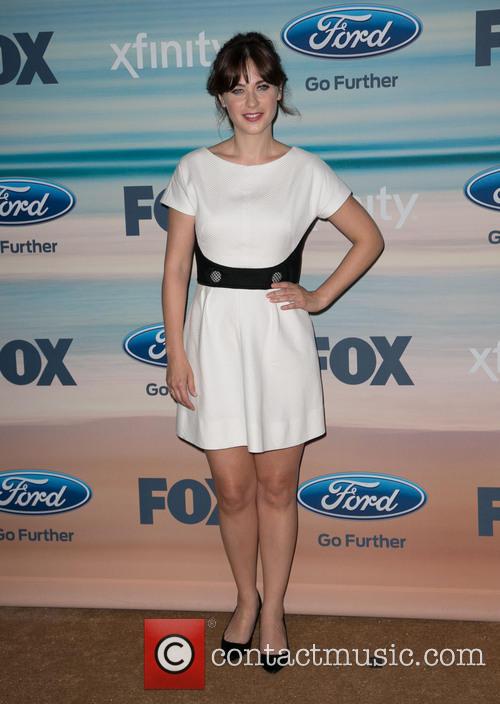 Elaborating a bit more on their baby girl’s name in an appearance on NBC News’ ‘Today’ show the following morning, Deschanel said: “We just really liked the name Elsie and then we both love otters, they’re very sweet and they’re also smart… they use tools [and] they hold hands while they sleep, there’s so many amazing things about otters. They’re wonderful animals.”

The premiere was Deschanel’s first red carpet appearance since she became a mother back in late July. Last month, it was revealed that Megan Fox will be temporarily taking Deschanel’s place on ‘New Girl’, which is currently filming and will be returning for its fifth season in January next year. She also shared a few more details about that guest appearance.

“I’m super excited — we get to do one episode together. Essentially, my character [Jess] gets on jury duty and has to be sequestered, so the roommates rent out her room for a few weeks. I think [Megan’s] going to be fantastic.”

Interviewed by Cosmopolitan magazine back in May, she said that she wouldn’t be too stressed out about snapping back to a perfect body size after giving birth. “Haven’t we all seen those pictures of a sexy new mom in a bikini after one month? I will not be that person. I’ve always gone my own course and never been someone who had the need to be super skinny. I like a healthy look.”