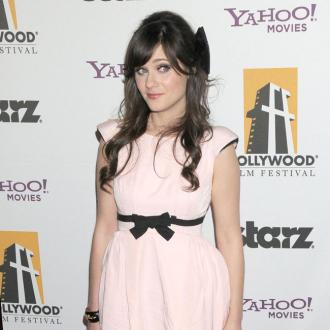 Zooey Deschanel was erroneously blamed for the Boston bombings by a news show.

The 33-year-old actress was stunned when her name accidentally appeared on Fox's fellow network KDFW's news bulletin during their coverage of the manhunt for the second suspect behind the tragic incident at the Boston Marathon earlier this month.

The message shown on screens across the nation read, ''...marathon bombing, he is 19-year-old Zooey Deschanel'', instead of Dzhokhar Tsarnaev.

Caption Solutions have apologised for their blunder, stating the employee behind the name swap ''deeply regrets'' missing the mistake.

Meanwhile, the brunette's popular show 'New Girl' is coming to the end of its latest series and fans are looking forward to seeing Taylor Swift make a guest appearance in May 14's episode.

Taylor is said to be playing ''important guest'' Elaine alongside Zooey's alter-ego Jess at the wedding of characters Cece (Hannah Simone) and Shivrang (Satya Bhabha).