By James Hopkin in Music Reviews on 12 January 2012

Conatus is the third full album from Nika Rosa Danilova, a.k.a Zola Jesus. The opera trained, Wisconsin born singer broke away from blog releases and bedroom recordings in 2010 with her second album 'Stridulum II'. She combines orchestral strings with synthesised basslines, processed beats with piercing vocals, all of which are overshadowed by her distinct, iconic appearance. 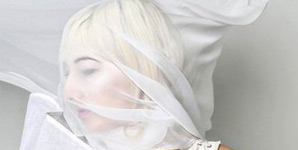 Vessel is the first track to be taken from Zola Jesus' third studio album 'Conatus' released through Sacred Bones Records. 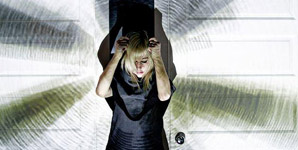 Nika Roza Danilova has been making music all her life, from classical and opera through her childhood to her current guise as singer, songwriter and all round creator of Zola Jesus via a stint with Jamie Stewart's Former Ghosts project in-between. Although still only twenty years of age, Danilova has written an incredible number of songs in such a short of space of time culminating in the imminent release of her third long player ('Conatus') in as many years next month. While first record 'The Spoils' hinted at the possibilities Zola Jesus could achieve, last year's excellent follow-up 'Stridulum II' really set the cat among the pigeons, highlighting its creator as not only a precocious songwriting talent but also an arranger of considerable virtuosity in the process. 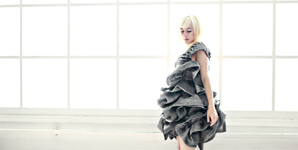