Elton John had called for a boycott of the Italian designers after they made controversial comments regarding IVF during a magazine interview.

Actress Zoe Saldana has weighed in on the Dolce And Gabbana boycott debate, saying she wont let the designers' comments on IVF affect her fashion choices. Saldana made the comments to E! News during the GLAAD Media Awards, which were held in Los Angeles on Saturday. 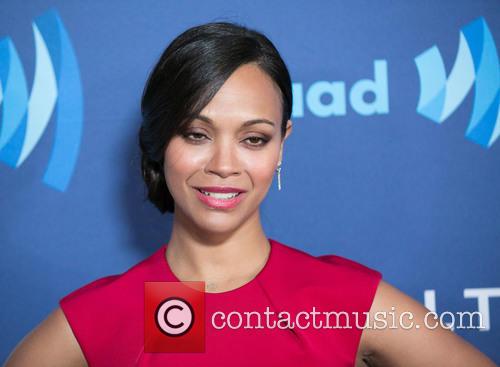 When asked if she would be joining the boycott led by Elton John Saldana said, "No! Not at all, that would be the stupidest thing if it affected my fashion choice. People are allowed to their own opinion, however, I wouldn't have chosen to be so public about something that's such a personal thing.”

"Obviously it caused some sensitivity, but then again if you continue to follow the news, you see they all kinda hugged it out, so why are we making a big deal about it?” the Guardians of the Galaxy star added.

"I do think things are lost in translation.” Saldana continued, "My husband [Marco Perego] is from Italy and if I judged him based on the words that he misuses in our English language he wouldn't be here today. It's like look people, have a drink, relax, it's okay.”

The designers have come under fire after Domenico Dolce referred to children born through IVF as 'synthetic' during an interview with Italian magazine Panorama. “I am gay, I cannot have a child. I guess you cannot have everything in life," the designer added. "Life has a natural course, some things cannot be changed. One is the family.”

More: Madonna & 5 Other Celebrities Who Have Weighed In On Dolce & Gabbana IVF Controversy

After Dolce made the comments singer Elton John took to Instagram writing, 'How dare you refer to my beautiful children as ‘synthetic’.‘Your archaic thinking is out of step with the times, just like your fashions. I shall never wear Dolce And Gabbana ever again,’ John continued, adding the hashtag boycottDolceGabbana.

John has since been supported by many other celebrities including Madonna who wrote on Instagram last week, ‘All babies contain a soul however they come to this earth and their families.’

‘There is nothing synthetic about a soul!! So how can we dismiss IVF and surrogacy? Every soul comes to us to teach us a lesson. God has his hand in everything even technology! We are arrogant to think Man does anything on his own. As above so below! Think before you speak. #livingforlove.’