It's not as simple as you think, though.

Zoe Saldana and husband Marco have gone in a rather unorthodox direction when it comes to the terms of their marriage. Case in point: their last names. Perego decided to take on his wife’s last name, after marriage and it was a completely natural process. 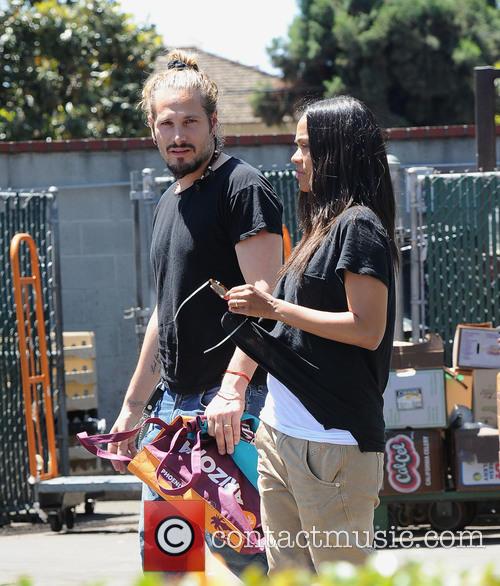 Saldana and Perego are all about compromise in their family life.

According to Saldana, speaking to Jimmy Kimmel, Marco Saldana, made the choice himself. "Did you make him do that?" Jimmy Kimmel asked on Thursday night's Kimmel Live. "Oh my God," she said, "why does it mean a woman has to hold a gun, like, 'You're gonna be Saldana!'"

In fact, the decision was a two-way kind of deal. "I took his — why doesn't that make it in the news?" she asked. "We hyphened: I'm Saldana-Perego, he's Perego-Saldana."

In the same interview, Saldana talked at length about family life, compromise and the new challenges she’s faced with these days. "No, we're very, very happy. It's just like whatever you do—if you change a diaper and you put one down, it's like you have to do it all over again. That's when they're in a good mood. But if they're having a tantrum and it's at the same time..."

File under: reminders that celebrities are people too.