Zoe Saldana's Husband Took Her Name When They Got Married

The actress is proud of her husband's decision, and she defended herself from a handful of negative comments in a Facebook post on Monday.

Zoe Saldana has revealed that her soccer player-turned-artist husband, Marco Perego, took her name when they married in 2013, which makes him Marco Saldana now. Furthermore, she has defended his decision to do so and hopes that it will re-define masculinity.

The Avatar and Guardians of the Galaxy star told the July edition of InStyle magazine that she was initially afraid her husband would feel “emasculated” given the Latin culture in which he was raised. 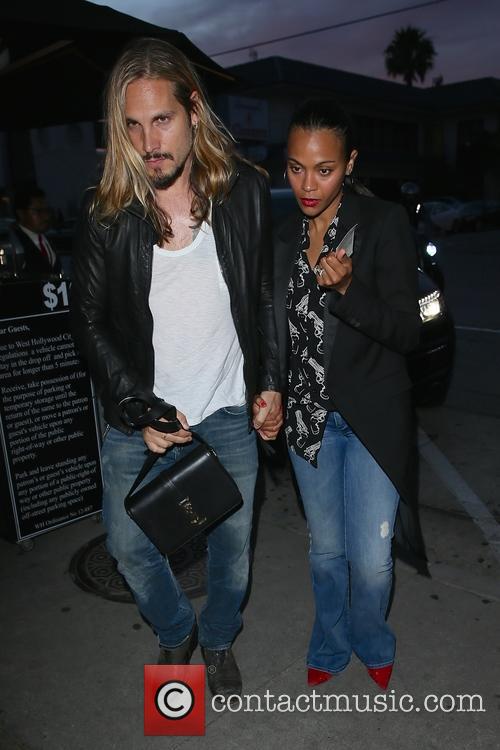 “I told him, 'If you use my name, you're going to be emasculated by your community of artists, by your Latin community of men, by the world’,” she said. “But Marco looks up at me and says [in Italian accent], 'Ah, Zoe, I don't give a sheet’.”

This story emerged over the weekend, with a number of differing headlines and articles about her comments, and in a Facebook post on Monday she sought to clarify and defend her husband’s stance. “Men, you will not cease to exist by taking your partner's surname. On the contrary — you'll be remembered as a man who stood by change,” she wrote.

She and her husband welcomed twin boys, Cy and Bowie, into the world in November last year. When asked by the InStyle interviewer what she thought, given her stance on feminism and that she was now outnumbered by boys in her household, she replied “I call it absolute irony.”

“And I also call it a purpose: it was meant to be that way. It's not like I've had issues with men; I've always just been independent to a fault. I've always believed it's my birthright to behave as an equal on this earth and to be entitled to everything and anything.”

She added: “That said, I've had my experiences of heartbreak when it comes to choosing partners who wanted to be equals but didn't have the ability to actually reciprocate the respect.”

More: Zoe Saldana ‘is the only person who understands her sons’