Zoe Saldana says Vin Diesel's Groot ''stole the show'' in 'Guardians of the Galaxy' and she instantly ''fell in love'' with the tree-like creature. 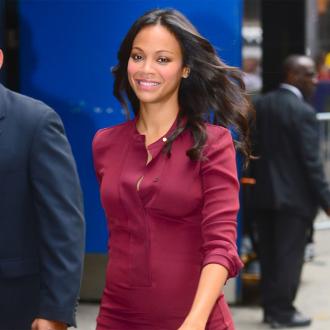 The 35-year-old beauty ''fell in love'' with the tree-like creature in the new Marvel movie - in which she plays Gamora opposite stars including Bradley Cooper and Karen Gillan - and can't remember feeling ''moved'' as much by any other fictional character.

She explained: ''I think Grout stole the show, for me. I mean, I just fell in love with this big tree once we started filming.

''And even though I'm mature and I'm pretty sane, I can't really remember a fictional character that really moved me like that.''

Director James Gunn, meanwhile, revealed that he is able to gain an insight into fan reaction to the film thanks to social media.

Gunn explained that he's received more tweets about Groot and Dave Bautista - a former WWE wrestler - than anyone else.

He added, jokingly: ''Also, I like to say it's Bautista that steals the show because it embarrasses him. He's the one person I like to compliment as much as possible because he hates it.''