Zoe Saldana could have relationship with a woman

Zoe Saldana has dismissed men in a new interview and revealed she would be open to settling down with a woman to raise a family, if the right female was to come along. 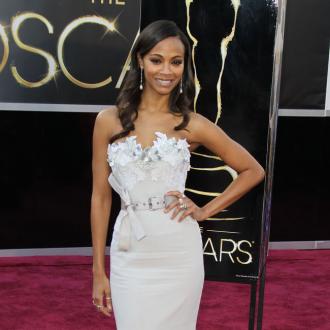 Zoe Saldana thinks she could have a relationship with a woman.

The 'Star Trek Into Darkness' star - who split from 'Silver Linings Playbook' actor Bradley Cooper earlier this year - can imagine herself with a girl and would even be prepared to start a family with the right lady.

Speaking about her romance with actors in the June issue of Allure magazine, Zoe revealed: ''Been there, done that, got the T-shirt. [I might] end up with a woman raising my children. That's how androgynous I am.''

The 34-year-old actress also revealed she is a person who is certain of her own mind and once she has made a decision she thinks is best for her she will stick to it.

She said: ''If I have something good in front of me, it doesn't matter if it's a person or a pair of shoes, I'm not going to test something else. It's insecure and it's immature.''

Zoe was born to a Puerto Rican mother, Asalia, while her late father Aridio - who died in a car crash when she was just nine - was Dominican.

The screen star is proud of the heritage of both her parents and is unconcerned by suggestions she is ''too white'' to portray legendary singer Nina Simone in upcoming biopic 'Nina'.

She said: ''It doesn't matter how much backlash I will get for it. I will honour and respect my black community because that's who I am.''