Zoe Saldana Claims Studio, Hearing She Was Pregnant, Considered Writing Her Out Of Film

Zoe Saldana discussed the lack of support for pregnant women in the film industry during a recent interview.

Zoe Saldana criticised Hollywood’s reaction to hearing of her pregnancy. In a recent interview, the Star Trek star discussed inequality in the film industry and used her experience to highlight gender issues. 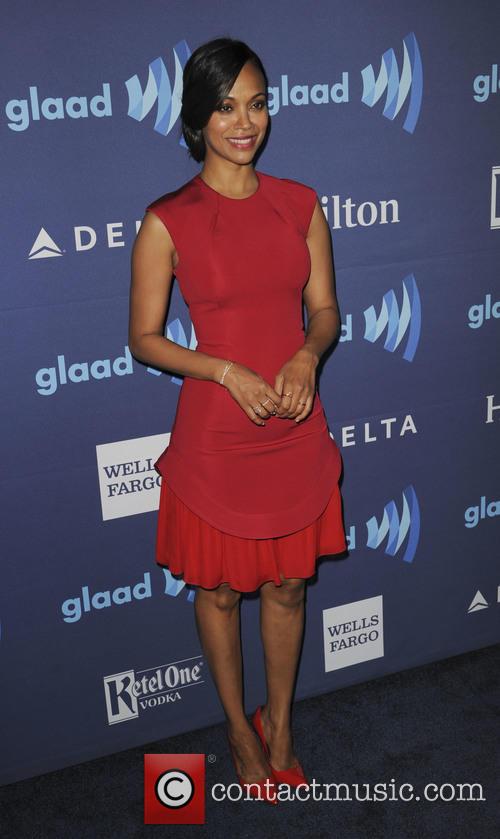 Read More: Zoe Saldana's Husband Took Her Name When They Got Married.

Saldana gave birth to twins, Cy and Bowie, in January of this year. Most would assume announcing one’s pregnancy would be greeted with universal joy but that is certainly not the reaction Saldana received last year when she told the film studios she was expecting.

"Let me tell you something, it will never be the right time for anybody in your life that you get pregnant," Saldana told USA Today.

Saldana did not reveal which studios or productions were less than pleased with her pregnancy but she claimed one production had even considered writing her character out of the film.

“The productions I was slated to work on sort of had a panic. I heard through the grapevine there was even a conversation of me being written off of one of the projects,” Saldana revealed.

"I was like, 'Oh, my God, are you kidding me? It's this bad?' Right when I just feel super-duper happy, is that inconvenient for you? That me, as a woman in my thirties, I finally am in love and I am finally starting my life? And it's (screwing) your schedule up? Really?"

Saldana has a number of upcoming roles including in the next Star Trek film and three more Avatar films. She is also starring in the biopic Nina, about the legendary jazz and blues singer Nina Simone, and the prohibition era drama Live by the Night.

36-year-old Saldana further explained how her representatives had to fight to ensure her contract with the studio included clauses to ensure she could balance her work and now much busier home life. She pointed out how many male stars are given additional funding for such things as bodyguards and lavish accommodation but there is not the desire to provide pregnant women and those with young children with something as basic as child care.

"But then a woman comes in going, 'Okay, I have a child. You're taking me away from my home. You're taking my children away from their home. And you're going to make me work a lot more hours than I usually would if I was home. Therefore, I would have to pay for this nanny for more hours so I kind of need that. And they go, 'Nope, we don't pay for nannies'," Saldana revealed.