It will be a busy holiday season at the Saldana/Perego household.

Congratulations are in order for Guardians of the Galaxy star Zoe Saldana and her husband artist Marco Perego who reportedly welcomed twins earlier this week. While the gender of the babies is yet to be revealed, earlier reports suggested the couple were expecting twin boys. 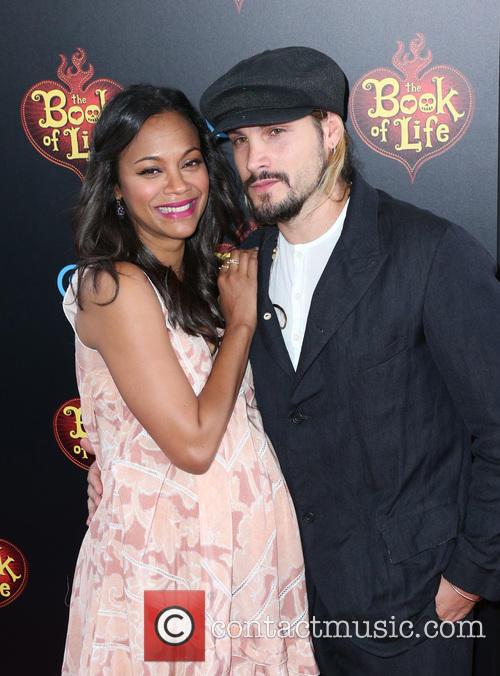 The Mirror first reported the news, saying that the 35 year old had given birth on Monday (December 8th) at a hospital in Los Angeles. A friend of the couple told the newspaper, "Zoe and Marco are delighted, Zoe has been ready to drop for some time and they are both ecstatic to be meeting the twins. This a dream come true for both of them, they are absolutely delighted. They have been looking forward this day for the last nine months. Both want a big family so this is the start.”

E! News also reports that the couple are new parents, quoting a source as saying, Zoe and Marco are "are both so excited." "They are surrounded by family and friends. All that matters now to Zoe and her husband is that the babies are healthy,” the source revealed.

Saldana and Perego secretly married in England in the summer of 2013 after a brief courtship. Rumours of Saldana’s pregnancy first began in July of this year, however it was then confirmed in August when the actress had to pass on her ALS ice bucket challenge to her husband.

Her friend and Crossroads co-star Britney Spears later let it slip during an interview that the actress was expecting twins after Entertainment Tonight asked if she and Zoe will ever do another movie together “Who knows? That’s a very good idea. But she’s pregnant with twins right now. So I’m sure she’s got a huge future ahead of her,” the singer said.

But despite being a new mother, Saldana still had time to weigh in on the Sony email hack which is currently rocking Hollywood. “Being #hacked sucks but not as much as being an actress at the mercy of these producers tongues. Now everyone knows! #rudin #pascal #email” the actress tweeted on Wednesday.