The 36 year-old actress opened up about her extensive collection of body art.

Although it is hard to believe, Zoe Saldana is the proud owner of "almost ten" tattoos but they are all strategically located in areas that are covered the majority of the time, which is why they are never visible when the brunette beauty hits the red carpet. 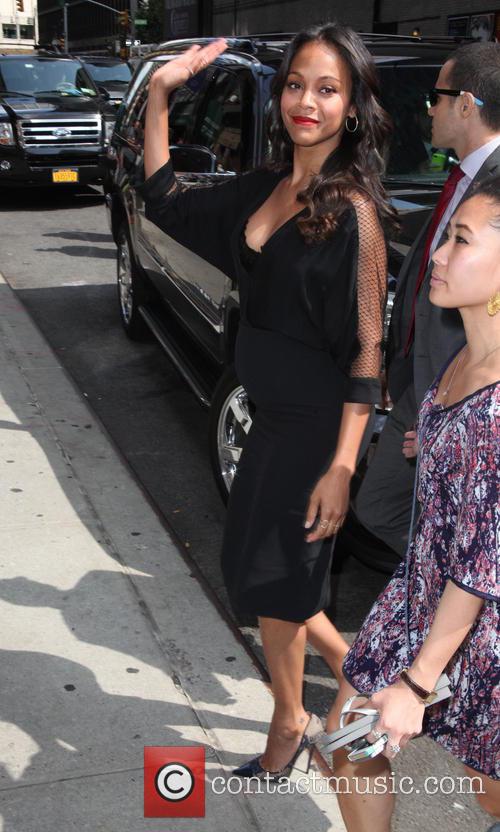 This admission came when Saldana stopped by David Letterman's 'Late Show' on Wednesday (July 30th) to promote her new flick Marvel's 'Guardians of the Galaxy,' and in a rare moment she also spoke of her Italian artist husband, who apparently has more body art than she does.

"I'm running out of private places to put them on," she told Letterman. "My husband has more, his are more exposed."

Saldana's beau, Marco Perego, recently had her portrait tattooed onto his forearm, but the Hollywood star's newest addition is the word "heal" under her right breast, written in Hebrew.

More: Zoe Saldana Might Get A Head Start On That Big Family With Twin Babies

The 'Star Trek' actress also proudly boasts about her ability to convince others that going under the painted needle is a good idea, as long as alcohol is involved. "I am very proud to say I have assisted many friends and family, my sister, to get tattoos," she said.

"I get them drunk, I wine and dine them, I take them to the tattoo parlor, they come out with tattoos," Zoe continued. "The next day they're like, 'What the hell happened?!'"

However, one person Saldana has failed to impress with her body art is her grandmother, she apparently calls the 'Avatar' actress a "naked newspaper."

'Guardians of the Galaxy' hit theatres on August 1st.