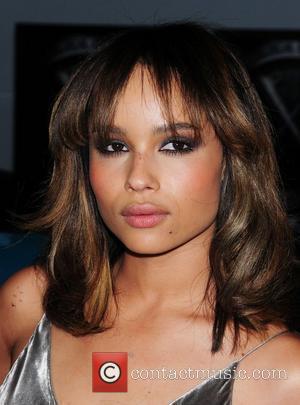 Actress Zoe Kravitz almost lost out on her role in X-Men: First Class after turning up to auditions in a dowdy outfit, convinced she was going to be rejected.
The daughter of rocker Lenny Kravitz and actress Lisa Bonet stars as flying go-go dancer Angel Salvadore in her first major movie role, but the 22 year old admits she never even expected a call back.
She tells Us Weekly magazine, "I auditioned in a hat and a T-shirt because I didn't think I even had a shot. They said, 'Can she come back and sex it up a bit?' So I returned in form-fitting clothes - and got it!"
And Kravitz was so flattered to have scored the superhero part, she threw herself into a strict exercise regime to ensure she was in tip-top shape in her sexy costumes.
She says, "I did a lot of sit-ups and push-ups to build enough muscle to hold myself up (for stunt scenes). I wanted to look good in the tight leather I had to wear!"