Zoe Kravitz kept her "complicated" hair in the braids from her movie Dope to make life easier. 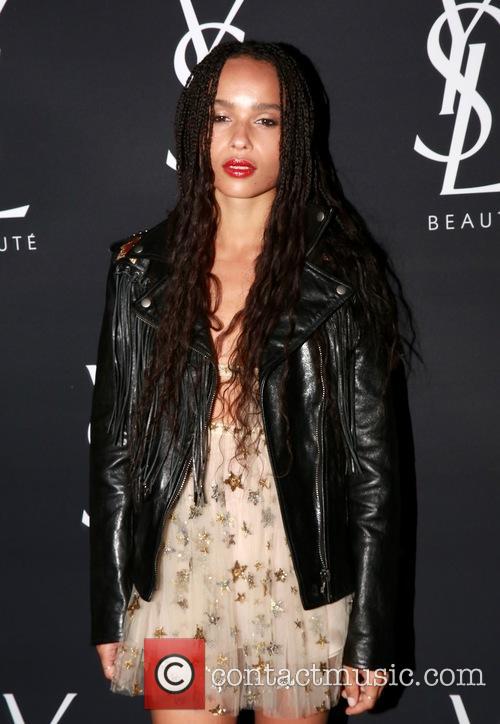 The 27-year-old star takes after her parents, musician Lenny Kravitz and actress Lisa Bonet, when it comes to her edgy aesthetic and often switches up her look. Zoe's hair never stays the same for long and she's rocked everything from shiny straight locks to her current braided do - which is one of her favourites.

“I think all brown girls have a complicated relationship with their hair,” she matter-of-factly told Byrdie. “Oh, I put in braids for the character I played in the movie Dope, and I’m like, ‘This is nice.' Then I kept them in. It’s good for my hair, and it looks cool and it’s easy, and I don’t have to do anything when it’s done. It’s great.”

The same simplicity is applied when it comes to the rest of her beauty regime, especially in maintaining a fresh complexion. Zoe has a striking resemblance to her 48-year-old mother and has picked up plenty of tips from her over the years.

“Eating well, drinking a lot of water, washing your face each night,” she listed. “She always taught me to put coconut oil on my body. She told me as a child, ‘I want to keep you as soft as you were when you were baby.’ Coconut oil is key for sure.

"I really like Arcona products. They give great facials, too.”

She's careful about what she eats too, sticking to mainly organic foods so she knows exactly what she's putting in her body. Zoe believes beauty and health start from the inside and makes a big effort to grow her own fruit and vegetables herself to avoid preservatives.

But people can only see what's on the outside, with the Mad Max: Fury Road actress naming both David Bowie and Audrey Hepburn as her influences.

“They are (polar opposites)!” she grinned. “That kind of describes me in a nutshell. I love the craziness of him and the simplicity and the chicness of her.”