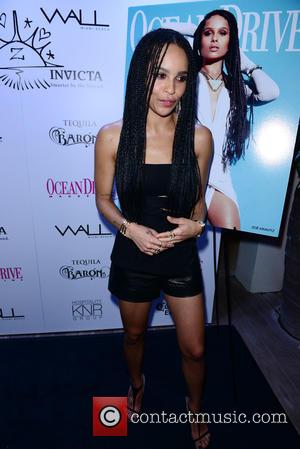 Lenny Kravitz's daughter has opened up about her troubled youth in a new interview, revealing she spent years struggling with eating disorders and even underwent therapy in a bid to regain her health.

She tells Britain's You magazine, "I was bulimic and anorexic in high school. I felt as though food had this power over me. Instead of looking at food the way you should, to be thankful that it nourishes your body, it becomes an enemy in some strange way, which is a really sad thing, and it's a lot about anger. I was mad that I didn't look like the girls in the magazines and I was torturing myself. I didn't feel attractive..."

Kravitz, 26, saw a therapist, but suffered a series of relapses until she finally kicked her problems on her own.

She adds, "I had some therapy, but to be honest that's not what helped me. I relapsed and relapsed. Then it got to the point where I had to make the decision for myself that I would stop. You have to want to be done. Now I work out and try to respect my body. I'm not skinny, I'm a foodie."