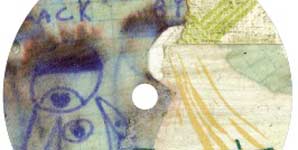 The long dark winter is drawing to a close, spring is just around the corner, the sun is once more in the sky and Zero 7, aka Sam Hardaker and Henry Binns, are back with a gorgeous new single.

Entitled Futures, it's the first track to be taken from their stunning third album, The Garden, due for release in May. Written and produced by Zero 7, it features Jose Gonzalez whose honeyed vocal perfectly compliments Zero 7's lush sound. The band's own Henry Binns also makes his first vocal appearance, taking care of backing vocals on the single.

Futures will be a limited edition, vinyl/download only release.

The Garden was produced by Sam and Henry and mixed by Phill Brown, who has worked with such luminaries as the Rolling Stones, Brian Eno and Talk Talk. It features vocal performances by Jose Gonzalez, Sia Furler and Henry Binns. It sees Zero 7 take a fresher, more upbeat musical direction, whilst still maintaining their trademark sound and could well turn out to be the soundtrack to the summer.