Zero 7 - You're My Flame Video 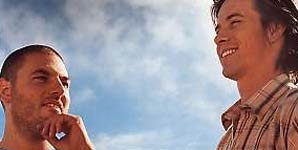 Zero 7
You're My Flame
Video Stream

Zero 7 release 'You're My Flame' on 24th July 2006. Riding high on the back of the success of their critically acclaimed third album, "The Garden", which entered the charts at No. 4, and a sell out tour, Zero 7 are set to release "You're My Flame".

Featuring the dulcet tones of long time cohort Sia Furler, "You're My Flame" is one of the album's highlights. A sun roof-down tune, it races along at a frolicking tempo, providing a perfect slice of playful, sunny pop.

Remixes come courtesy of Justus Kohncke and Detroit's rugged, industrial hip hop producer Dabrye. Zero 7 have become a formidable live outfit in recent years and they will be playing at festivals across Europe throughout the summer, before embarking on an extensive tour in the autumn. Both guest vocalists from "The Garden", Sia Furler and Jose Gonzalez, will be performing with them.