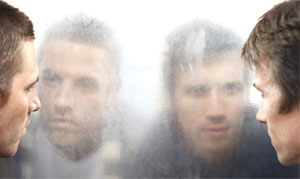 Finding themselves with a load of new music and acting as free agents, Sam Hardaker & Henry Binns, better known as Zero 7, have decided to follow the model of self-reliance that epitomised their early days and chimes in with the post-Internet musical landscape. Following the 2010 "best of release" called 'Record', the duo unveil details of their first new material since the release of their fourth album 'Yeah Ghost' back in 2009. Called 'On My Own', a white label 12-inch, which will also be released as a download will feature two vocal tracks recorded earlier this year in their London studio. Speaking about the new songs, Sam & Henry said: Both tracks were written with singers we haven't worked with previously. Title track 'On My Own' features Danny Pratt (AKA Danny Boy), a native of Canberra, Australia who we met in London last year. This is the first of a couple of songs that we plan to release featuring Danny on vocals. 'On My Own' is a hypnotic song, restless, alive with melody that surfaces imperceptibly over spectral guitars before burrowing into your brain, never to leave.

Flip-side track 'Don't Call it Love' is one of many tracks that we have co-written recently with the mysterious and benevolent singer/songwriter Tom Leonard from Los Angeles. 'Don't Call it Love' is soulful, warm and provocative, with Leonard's voice drifting to the foreground, gliding dreamily through the seductive rhythm of entrancing bass lines, brooding synths and keyboards. These songs are bright and playful or as Sam & Henry put it a bit of sunshine music from the west coast via NW6! .

The new material from Zero 7 finds the dynamic duo draw from their previous palette of post-club sounds, this time injecting their music with the fresh and soothing vocal tones of new singers from the furthest corners of the globe.