Zendaya wants to produce more movies and television series to ''uplift'' other voices. 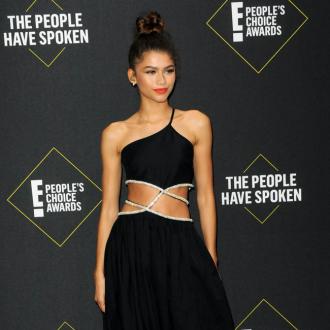 Zendaya wants to produce more to ''uplift'' other voices.

The 'Greatest Showman' star got her first production credit at the tender age of 17 on the Disney Channel and now she is older, she is keen to turn her hand to stepping behind the camera a lot more to bring other stories to the table.

She said: ''I had just been doing Disney Channel for so long. I started when I was 13 years old. By the time I was 17, I had a better understanding and focus of what I wanted. A lot of times in this industry, it's about recognising your power and not selling yourself short. It's kind of like that corny thing of know your worth. It's knowing what you can bring to the table. And I knew that I had more to offer in a more professional capacity. I wanted the title of a producer when I was younger because I wanted to learn what it was like to do all that stuff behind the scenes. My hope is, the more that I'm able to do the behind-the-scenes stuff, the more voices I can uplift that aren't necessarily mine.''

And the 23-year-old actress also opened up about her experience on 'Spider-Man', the first movie she did outside Disney Channel.

Speaking to MJ Rodriguez for Variety, she added: '''Spider-Man' was one of the first movies that I did outside of Disney Channel. And yeah, I didn't have much to do in the first movie, but I was so just excited to be doing the movie at all. And I was lucky because they already kind of wanted to re-create the character and turn her into a new version of what I think maybe the original Mary Jane character represented, and just do it in our own way in this Marvel Cinematic Universe.

''I kind of came into it and there was already on the page a smart, quick, sharp young girl who comes off a bit quirky or offbeat. I have a lot of fun doing it. I like being able to do comedy and things that aren't so heavy.''