Zendaya Is Urging Fans And Friends Like Taylor Swift To Help Her Celebrate Her 19th Birthday By Donating Cash To A Struggling Family Of South African Orphans She Met Over The Summer (15). 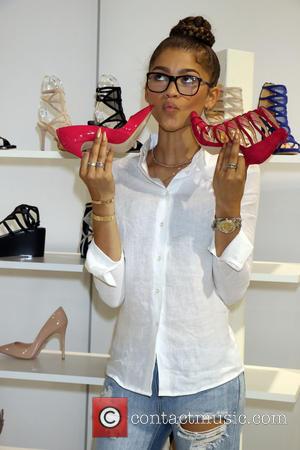 The actress/singer, who turned 19 on 1 September (15), travelled to Cape Town as part of a UNAIDS initiative in July (15) and admits she'll never forget three boys she met at the Bishop Tutu HIV foundation centre.

The brothers, all close to her own age, became orphans after their parents died of AIDS-related illnesses and she admits spending time with them was a life-changing experience.

She tells Access Hollywood Live, "It was important for me to go there and learn about where I'm from but also learn about the AIDS epidemic there. Obviously, AIDS is something that's everywhere, but it hits hardest there and what I learned is it hits hardest with young people, so I was there to kind of be part of that young people's voice, to raise awareness of what was going on, and part of that was we had to meet families that had been directly affected by it.

"I met the youngest one (of the brothers) and he wouldn't smile and we kept trying to make him smile... and he started crying out of nowhere and later he told us he was hungry. What am I supposed to say to that?"

Upon her return to the U.S. Zendaya vowed to do what she could to improve the siblings' quality of life, and set about asking fans and friends to donate money to them via the UNAIDS organisation as a birthday gift to her.

She adds, "You can't just wipe it from your memory. It's something that sticks with you. I can't go to a hotel while I'm thinking about this kid who's probably cold and hungry... It's not something I can do.

And explaining her "birthday wish", Zendaya says, "It would be selfish to have a birthday and get things for myself; I've everything I need... I just hope that people kind of connect with that and help me reach my birthday wish."

The singer, who was among the stars who appeared in pal Swift's Bad Blood video, has set up links to the charity on her social media pages, so fans and friends can donate online.