Zendaya has revealed 'Euphoria' producers are considering releasing a one-off ''bridge'' episode while filming of the second season is on hold. 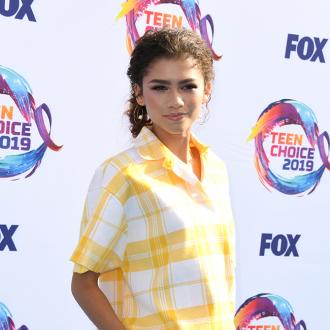 Zendaya has teased a bonus episode of 'Euphoria' is on the way.

The 23-year-old actress - who portrays recovering addict Rue Bennett in the drama series - revealed producers are thinking about releasing a one-off ''bridge'' installment to fill a gap for fans while they await the return of production on season two, which was halted due to the coronavirus pandemic.

Speaking to 'Jimmy Kimmel Live!' guest host Ben Platt, she said: ''We're trying to figure out how to eventually be able to create a season 2 that we're all really proud of and get all the best out of it that we want but also still being very safe.

''We might end up doing a little bridge episode.

''I don't know how to describe it, but an episode that we can do with a limited amount of people in a safer environment that can, I don't know, give people something.''

Filming on the second season was just two days away from getting started before production was paused amid the global health crisis.

Zendaya explained: ''We were headed into season two and we had done table reads and wardrobe fittings and all kinds of things and then obviously everything happened and we got shut down.

''Literally like two days before we were about to start the first day of shooting.''

The actress recently admitted she had ''missed'' playing her character but understood why filming has to stay on hold.

She said: ''I do miss Rue. She's like my little sister in a lot of ways. And going back to that character is a home base for me.

''There is a beautiful second season that has been written, but in order to do it the way we want to do it, we need to wait until it's safer.''