Zendaya is feeling ''incredibly honoured'' after being nominated for her first-ever Emmy for 'Euphoria'. 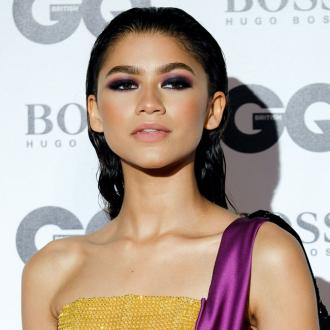 Zendaya is ''speechless'' after she was nominated for her first Emmy.

The 23-year-old actress is up for the Outstanding Lead Actress in a Drama Series accolade for her role as Rue Bennett in the HBO series - which was executive produced by rapper-and-actor Drake - and faces stiff competition from Jennifer Aniston ('The Morning Show'), Olivia Colman ('The Crown'), Jodie Comer ('Killing Eve'), Laura Linney ('Ozark') and Sandra Oh ('Killing Eve').

The 'Greatest Showman' star hailed the honour as ''a beautiful acknowledgment''.

I'm so incredibly honoured to work beside the talented people that I get to call family. I am a small piece of a big beautiful puzzle and I'm so proud of all of you.

''Thank you to everyone out there who's watched and given our show life.

'Euphoria' is also shortlisted for five other prizes, including Outstanding Music Composition For a Series and Outstanding Original Music and Lyrics.

Labrinth, who created the original score for the drama series, is nominated for the latter two accolades.

The 31-year-old singer-and-producer took to Instagram to share a picture of himself in the ''messy man cave'' where he created the soundtrack and admitted he prefers writing there over ''lavish studios''.

He wrote: ''This is me in my messy man cave.. I don't do good in lavish studios. This is where I composed the @euphoria score. thank you to the #Emmys @televisionacad for my nominations and congrats to all at @euphoria the genius @samlev00 the super, super talented @zendaya @hbo and @a24 And the G that made it happen for me @adamleber (sic)''

While Comedy-drama 'The Marvelous Mrs. Maisel' follows closely behind with 20 nominations.

The 2020 Emmy Awards are set to take place in September, and are pressing ahead despite concerns amid the coronavirus pandemic.

Jimmy Kimmel will be returning to emcee the ceremony for the third time.