Zendaya Coleman says she will remember working with the late Joan Rivers on 'Fashion Police' ''forever'' and admits she hasn't watched the show since her death. 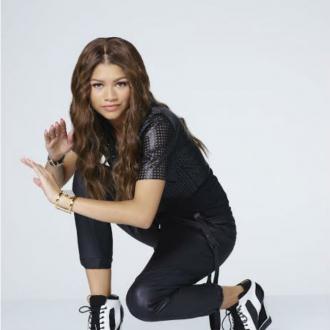 The 18-year-old actress, who guest-starred alongside the late comedienne on 'Fashion Police' before her death last September, admits she hasn't watched the E! series since the 81-year-old star was replaced by Kathy Griffin.

Asked about Joan, the 'K.C. Undercover' actress told BANG Showbiz: ''She was absolutely amazing. I remember being on set and she was so nice to me. Honestly she was so funny and she was so real.''

The starlet, who branded the show's co-host Giuliana Rancic ''ignorant'' for suggesting her hair looked like she smelled ''like patchouli oil, or maybe weed'' at the Oscars, was also a fan of Joan's ''fun'' sense of humour.

She explained: ''I think people don't realise she really was a sweetheart and had all these jokes, and I don't think the jokes were really her. She just liked to have fun and was at a point in her life where she could say and do whatever she wanted. I think she was pretty fearless in that sense, she didn't mind making fun of herself either. It was awesome to be around her and it was definitely an experience I'll remember forever.''

Meanwhile, the Disney star insists she is just a normal girl and wants to set a good example for her fans.

She said: ''I don't pretend to be someone just because I know people are watching me. This is who I am, and I happen to be a good kid. At the end of the day, I'm pretty normal.''

Catch 'K.C. Undercover' on Fridays at 5pm on Disney Channel.