Zedd's 'Clarity' Ft. Foxes Certified Platinum In The Us 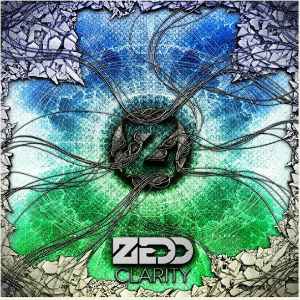 Zedd's 'Clarity' Ft. Foxes Certified Platinum In The Us

"Clarity" ft. Foxes, the chart topping single from German wunderkind Zedd, has been certified platinum in the U.S. by the R.I.A.A., selling over 1.2 million singles. The breakout title track from Zedd's debut album also hit #1 on Billboard's Top Dance Singles chart and climbed to #4 at Top 40 where it continues to build momentum.

Says Zedd, "The success "Clarity" is having is surreal.  It's exponentially surpassed all my expectations and taken on a life of its own outside of what I thought was possible."

The 23-year-old artist/producer/songwriter is also nominated for a 2013 MTV VMA for "Artist To Watch" and fans can tune in as the show airs live from Brooklyn's Barclays Center for the first time ever on Sunday, August 25th at 9pm ET/PT.  "Clarity," after gaining exposure as iTunes Single Of The Week in October 2012, is swiftly becoming the song of the summer, cracking the Top 10 at iTunes and entering in at #9 on VEVO's first ever Top Ten List- racking up over 20 million views.

Zedd is busy gearing up for the first date of The Moment of Clarity Tour, a massive fall trek that'll take him from Montreal to Los Angeles. The 26-date North American jaunt launches August 28th and wraps October 3rd, featuring a set at New York's Electric Zoo, HARD Summer 2013 and Outside Lands plus gigs everywhere from Austin to Alberta, with additional dates to follow.

With his huge 2013 only halfway through, Zedd has already turned out must-see performances on The Late Show with David Letterman and Late Night With Jimmy Fallon, been called "the breakout DJ star of 2013" by Billboard, and headlined both the Ultra Music Festival and the mtvU Woodie Awards.

*with support from Oliver and Alex Metric*

*More dates will be announced soon.*