Dj Zedd Wasn't Comfortable With The Level Of Scrutiny Surrounding His Relationship With Rumoured Girlfriend Selena Gomez As The Couple Worked On New Music Earlier This Year (15) Because He Has Never Been Part Of A Tabloid "Scandal". 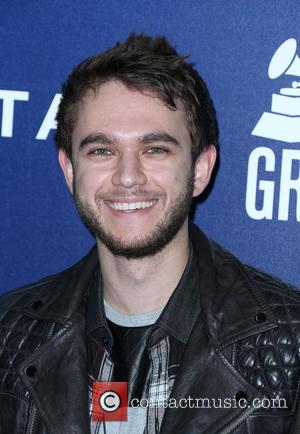 Social media posts from Gomez and the producer suggested their friendship and working relationship had turned romantic in the studio - but both quickly shut down the chatter and now it appears they've split.

Talking about the alleged romance for the first time, 25-year-old Zedd tells Billboard.com, "I don't think I've ever been in the press in my life for anything but my music, and I've appreciated that a lot. I've never had any scandals and I've never done anything bad, and everyone only talked about my music. I liked that - that's how I want it to be.

"Then, out of nowhere, suddenly people started talking about things that had nothing to do with my music. I was like, 'Wait, we've got a song. Why don't you talk about that song?' It took me a really long time to do this."

Calling the gossip "a distraction", the DJ adds, "My dad would text me something like, 'Hey, have you seen this?' At that point it (the romance news) went over four stations and four languages and turned into something completely different. I'm like, 'Dad, if I tell you something, that's what it is, and just don't believe anything you read online'."

The first product from Zedd, real name Anton Zaslavski, and Selena's studio sessions is new single I Want You To Know and the DJ reveals there are more collaborations to come, adding, "We recorded a couple more songs that we haven't finished yet."