Zayn Malik to stay with Syco

Zayn Malik is set to stay with Syco record label to release his solo music. 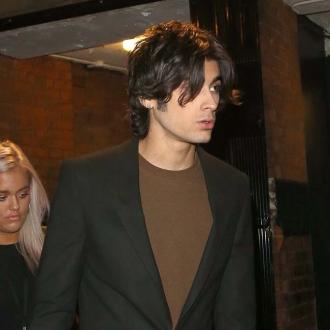 The 22-year-old star quit One Direction this week but has already completed talks with music mogul Simon Cowell, agreeing to release his solo music through the same label.

An industry insider revealed: ''Zayn is now the most in-demand solo artist in the world.

''There's huge excitement as he's the first member who will be able to release on their own.

''Simon was very understanding about him leaving the band but quickly made it clear he would stay a Syco artist for his future projects.''

It is now believed the hunk - who is engaged to Little Mix member Perrie Edwards - is planning on releasing his debut solo album at the beginning of 2016 and not later this year, as Simon doesn't want the record to clash with One Direction's fifth studio LP.

The source continued: ''He'll now be able to make sure any releases are timed so they don't clash with anything by One Direction.

''Obviously everyone at Syco would have preferred he had stayed part of the band but this result still works out for everyone.''

The news comes just a day after it was revealed Zayn - who has previously been spotted in the studio with producer Naughty Boy - is working on music with a ''sexual'' vibe.

A source said: ''The music he's making is completely different to anything One Direction have ever done before, it's very slowed down R&B and quite sexual. It's going to blow fans' minds.''