After breaking hearts by announcing his departure from One Direction, is Zayn Malik about to embark on a lucrative solo career?

Zayn Malik’s plans of leading the life of a normal 22 year old might have hit bit of a roadblock, as it appears the former One Directioner is about to embark on a solo career. Zayn sent One Direction fans into a meltdown on Wednesday when he announced his departure from the boyband, after previously being signed off the group’s current tour due to stress. 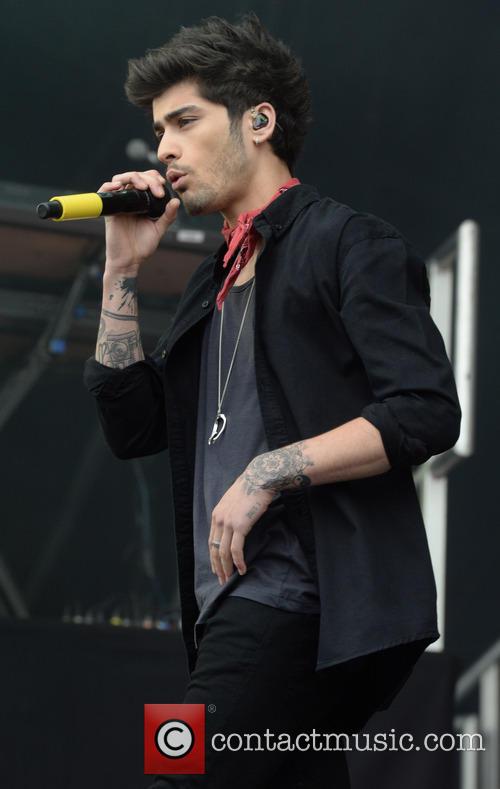 In announcing his departure from the band Malik said in a statement, "My life with One Direction has been more than I could ever have imagined. But, after five years, I feel like it is now the right time for me to leave the band. I'd like to apologise to the fans if I've let anyone down, but I have to do what feels right in my heart.”

"I am leaving because I want to be a normal 22-year-old who is able to relax and have some private time out of the spotlight. I know I have four friends for life in Louis, Liam, Harry and Niall. I know they will continue to be the best band in the world.”

But since leaving the world’s biggest boyband, Malik has been pictured visiting a recording studio, prompting speculation that he is about to embark on a solo career. Now The Sun newspaper has reportedly confirmed the news, writing that the singer will be releasing solo material on Simon Cowell’s SyCo label.

An ‘insider’ told the newspaper, “Simon was very understanding about him leaving the band but quickly made it clear he would stay a Syco artist for his future projects. He’ll now be able to make sure any releases are timed so they don’t clash with anything by One Direction.”

Cowell’s Syco label already owns the rights to distributing One Direction’s music, is said to reached the agreement after Malik left the band's contract early. ”There’s huge excitement as he’s the first member who will be able to release on their own,” the source continued.

“Obviously everyone at Syco would have preferred he had stayed part of the band but this result still works out for everyone.” But despite only handing in his resignation from One Direction days ago, the paper also reports there are already plans in place for Zayn to release his first solo album next year.

Speaking after his deaprture from the band was announced Zayn told The Sun in a seperate article "My band has been really supportive. They've been really cool about it. And they understand that, you know, it's not real to me anymore."