Zayn is releasing his debut album 'Mind of Mine' on March 25th, but the artwork got people thinking they'd seen the same idea somewhere before...

Zayn Malik’s solo career is really up and running now, as he showcased a new track and unveiled the artwork for his upcoming album.

The former 1D star has enjoyed a pretty strong start to his new career on his own, with his first single ‘Pillowtalk’ reaching the top of the charts in 68 countries around the world, including a Number One single in the US that has always eluded One Direction.

However, the first live appearance is often the major obstacle for artists, but Zayn nailed it during a performance of a new song, ‘It’s You’, on ‘The Tonight Show starring Jimmy Fallon’ on Wednesday (February 17th). 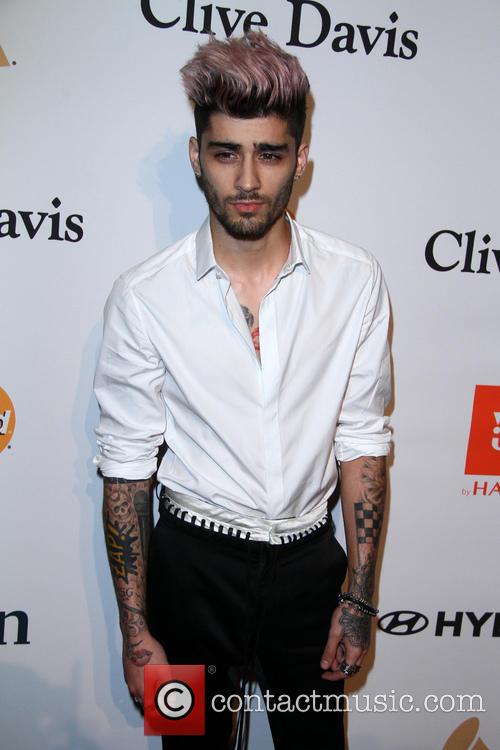 Zayn Malik before the 2016 Grammy Awards

The new track, praised for its soulfulness and ‘slow jam’ feel, is plainly concerned with his split last summer from his former fiancée Perrie Edwards, the Little Mix star. He told Zane Lowe that he “just felt like I needed to put myself out there on that just because it was a form of therapy for me and it did help get me through some sh**.”

More: Zayn Malik beats One Direction as first UK star to debut at No.1 in the US

The NBC talk show appearance also allowed fans a first glimpse of the artwork for Malik’s first solo album, Mind of Mine, which is released on March 25th.

It features an image of Malik as a boy with tattoos on his arms, which instantly got some commenters noting the similarity between Zayn’s artwork and that for Lil’ Wayne’s albums Tha Carter III and Tha Carter IV, which also featured the star ‘as a child’ with distinguishing body art transposed onto the image.

However, others pointed out that Lil’ Wayne could easily got the same idea from Nas’ 1994 album Illmatic, which also prominently used the same idea on its front cover.