Zayn Malik has turned to his old 'The X Factor' pal Aiden Grimshaw to colaborate on new solo material. 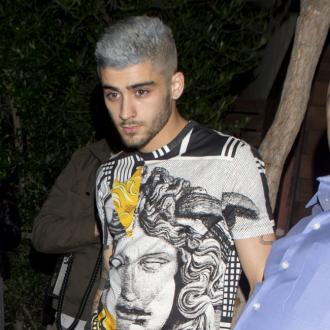 The 22-year-old former One Direction heartthrob and the talent show hopeful, 23, met on the 2010 series and now Zayn has turned to his old pal for inspiration and the pair will hit the studio together soon.

A source said: ''They used to be close mates but hadn't spoken for years. When Zayn signed his solo deal with RCA they started messaging each other and decided to get into a studio.''

Despite being offered a helping hand on his solo material by 'Body on Me' crooner Chris Brown and rapper 50 Cent, Zayn - who's been spending time in Los Angeles since quitting 1D - has chosen a lesser known face and but a firm friend for his new songs.

Aiden's representative told The Sun newspaper: ''We can confirm Aiden and Zayn have been in touch with a view to doing some writing or working on a track.''

And whilst Zayn was putting time in the studio with British producer Naughty Boy - who has just released new single 'Runnin' (Lose It All)' with Beyoncé - the pair fell out after the singer's old band mate Louis Tomlinson and Naughty Boy got in a Twitter spat.