The two have reportedly been messaging about a possible collaboration, but insiders reckon there may be more to it than that.

Despite breaking up with his fiancée less than a month ago, Zayn Malik seems to getting over it pretty quickly, with reports emerging that he’s found a new love interest in model and Disney star Zendaya Coleman.

Zendaya, 18, is friends with Taylor Swift and recently had a guest role alongside a host of other Swiftie BFFs in the video for ‘Bad Blood’. 22 year old Zayn, who recently dumped Perrie Edwards of Little Mix via text message, is apparently pursuing her through messaging about the possibility of working together. 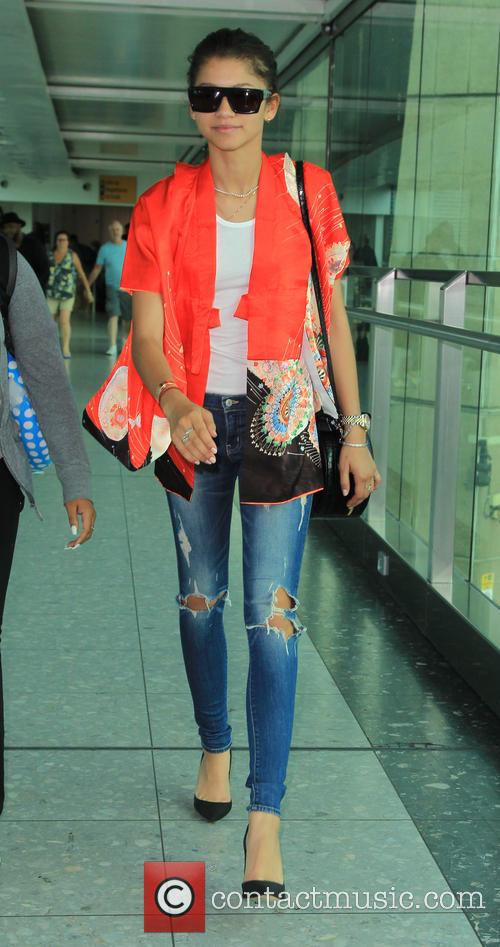 Discussing a potential celebrity coupling that’s so obviously going to be dubbed ‘Zayndaya’, a source told The Sun: “Zayn is talking to a lot of ladies very casually, but Zendaya is the most high-profile. He said they should get in the studio together.”

“He said they should get together as they both have a similar R&B vibe, and he’s been talking about fashion as she’s in London working with Vivienne Westwood,” the insider continued. “It’s just chatting at the moment but his pals think they’ll meet up and record something soon.”

Well, we can only wonder at what 23 year old Perrie is making of all these rumours. Just last week, Zayn triggered speculation when he favourited a picture of Kylie Jenner on Twitter.

Meanwhile, ex-One Directioner Zayn is apparently trying to get Perrie to move her belongings out of his house back in Britain. However, this is apparently proving difficult as the ex-couple are no longer on speaking terms.

“They no longer speak,” an insider told The Daily Mirror. “Zayn's adamant Perrie has to move her stuff out. She's in America, so her parents will probably have to do it while she's away. She moved in with him when they got together so he thinks she should go.”

More: Zayn Malik tweets his support for the new One Direction single ‘Drag Me Down’