Zayn Malik Hits Out At Producer Naughty Boy On Twitter. Is Their Friendship Over?

It seems that the friendship and musical collaboration between Zayn Malik and producer Naughty Boy is official over, after the ex-One Direction member aimed some not subtle tweets at his former friend. The pair were thought to be working together on Zayn’s solo material ever since the 22 year old announced his departure from the boyband in March. 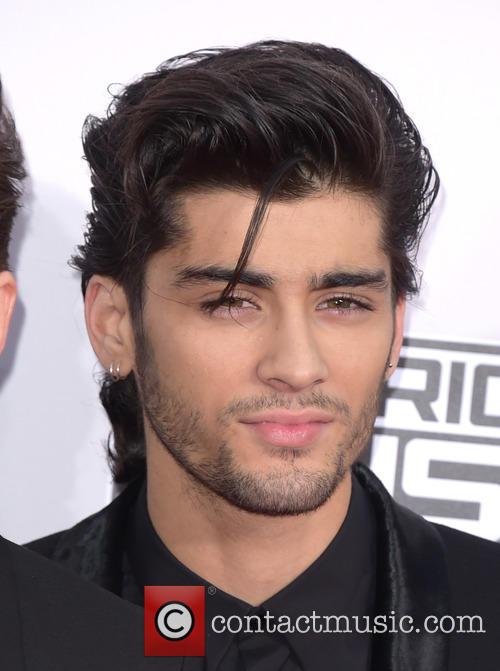 Zayn Malik and producer Naughty Boy appear to have had a falling out.

On Monday Malik tweeted, "NaughtyBoyMusic you fat joke stop pretending we're friends no one knows you.” Later following up with, "Someone learned how to upload a video... maybe now he should learn how to use logic ha you ain't s*** but a faker.”

More: Harry Styles Reckons The 1D Shows Without Zayn Have Been "Some Of The Best We've Had”

While no one knows for sure, the tweets could be in reference to a clip of Malik and duo Krept and Konan covering Rae Sremmurd's ‘No Type’, which leaked onto the internet last month. While Naughty Boy is yet to respond to Malik, his past few tweets have been pretty cryptic.

On Saturday the producer wrote, ‘This 'music' business teaches you the tricks but never the truth you know who you are’ and later ‘don't feed the hand that bites you’, both of which could be open to some interpretation.

As for Krept and Konan they confirmed to the International Business Times last month that they had been working with Malik and recorded a video for ‘No Type’. ‘We’ve done a little cover with [Malik] and we shot a video but it just didn’t end up coming out because it didn’t get finished,’ Konan said. 'After that we heard the news about [Zayn quitting One Direction]. But it was a while before though, it was just a muck around thing. It wasn’t really nothing too serious.’

‘We was chilling with him and Naughty Boy in the studio the majority of the time, just catching jokes,’ Krept added. ‘We were just messing around one day and made the cover. I have a feeling the video will just get leaked somehow’. There’s no word on who was actually repressible for leaking the video, but for now it certainly looks like the Zayn/Naughty Boy collaboration is done for.