Zayn Malik To Release Autobiography Named After His Mononym

The 23-year-old will publish his first book in November.

Zayn Malik is set to launch his first autobiography this Fall. Entitled 'Zayn', it will explore his growing up in West Yorkshire through to becoming a global superstar with One Direction and beyond. The book will also contain a collection of notes, illustrations and photographs. 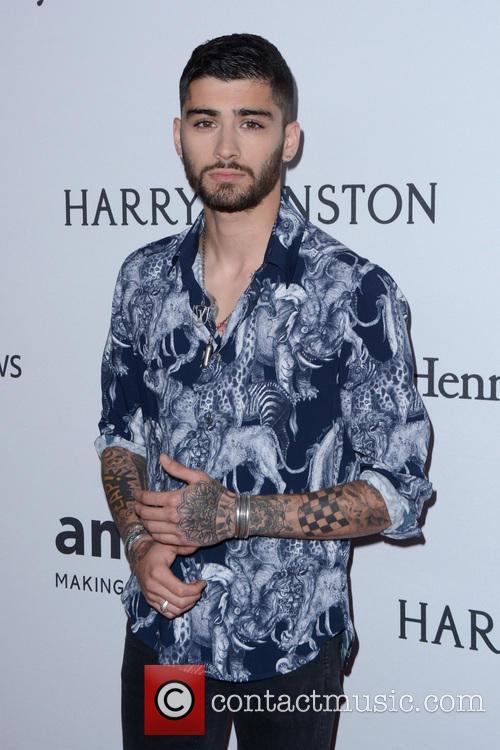 Zayn Malik is set to launch his memoirs

He may only be 23-years-old, but Zayn's camp believe he's lived enough to fill a book what with his modest beginnings growing up in a working-class Bradford household, through to auditioning on 'The X Factor' and becoming a worldwide sensation with One Direction, before going solo with record-breaking debut single 'Pillowtalk'.

'I'm going to show you as much as I can so that you can judge me on my own terms, not on what the press or anyone else says', he says in the book. The publisher adds that the book is 'a collection of thoughts, inspirations, personal stories, notes and drawings, and never-before-seen personal photographs.'

Zayn Malik grew up in Bradford before auditioning to be on 'The X Factor' at the age of 17 in 2010. He was eventually grouped with Harry Styles, Niall Horan, Liam Payne and Louis Tomlinson to form One Direction, and while they were not the winners of that series, they went on to be signed by Simon Cowell to his Sony imprint Syco Records.

One Direction became a record-breaking success, releasing worldwide number one albums 'Up All Night', 'Take Me Home' and 'Midnight Memories', but by 2015 Zayn had quit the band to venture on a solo career. He signed with RCA Records and released the hit single 'Pillowtalk' followed by his debut album 'Mind of Mine'.

However, life hasn't all been plain sailing for Zayn, who is currently dating model Gigi Hadid. He's been forced to pull out of a series of live shows recently due to ongoing struggles with anxiety. However, he is combating these issues by getting involved with other projects, even coming on board for a new scripted NBC series called 'Boys'.

'Zayn' is set to be published on November 1st 2016 through Penguin Random House.