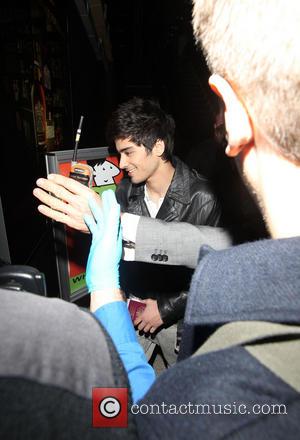 One Direction’s Zayn Malik and Perrie Edwards of Little Mix haven’t enjoyed the most comfortable of month’s in their relationship, what with all those cheating allegations going on and all; however, it appeared that they were trying to get through it after the alleged wantaway Malik was spotted at Little Mix’s show in Liverpool over the weekend, suggesting that the pair are attempting to reconcile.

Malik has come under fire from Little Mix fans after Australian stripper Courtney Webb took her story to The Sun after allegedly bedding the One Direction man, who has been seeing Edwards for over a year. Protesting that she didn’t know he was, Webb at the time said “I’m not a One Direction fan, I don’t follow what they are up to. So when it clicked that he had a girlfriend I got more and more angry. I definitely don’t think it’s the first time he’s done this. I feel sorry for Perrie — she doesn’t know this is going on. It’s wrong and has to stop.”

The Daily Mirror were the ones who spotted Malik at the show at the weekend, safely away from Little Mix fans on the balcony. Bizarrely he gave a wave; we’re pretty sure he was receiving some alternate hand gestures back, not least because Webb, in her interview, went on to say “He just said, ‘Let’s chill in my room’. We sat on his bed and before I could even say anything he started snogging my face off, kissing me passionately. It just snowballed from there. We fooled around then had sex. It was amazing.” Eek.

Watch the video for Little Mix's 'Change Your Life'