Pop star Zayn Malik and his girlfriend Gigi Hadid are celebrating their relationship with a joint photoshoot for Vogue. 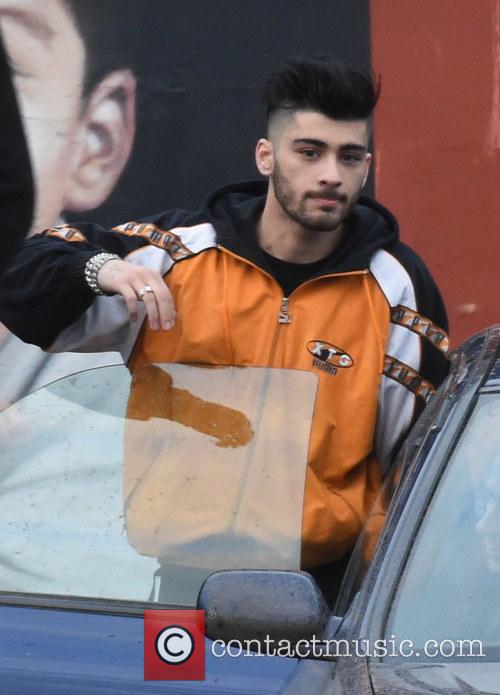 The former One Direction heartthrob, 23, has only been dating the 20-year-old supermodel since November (15), but their status as the hottest couple around has been sealed thanks to their pictorial spread in the prestigious magazine.

The beautiful shoot took place in Naples, Italy and was captured by acclaimed photographer Mario Testino.

The images have a nostalgic feel to them, with Gigi's hair styled in a range of 1950s looks, while she wears a range of gingham ensembles, and Zayn channels his inner Marlon Brando as he sports a leather jacket in a number of pictures, including one on a Vespa scooter with Gigi holding onto him from behind.

The young couple wasn't afraid to pack on the PDA in front of the camera, cuddling up on a veranda for one shot, while in another they share a kiss on a balcony as topless Zayn shows off his many tattoos.

In the most unusual shot, Gigi performs a handstand above Zayn as he lies on a bed.

Neither star had previously let on that the photoshoot was taking place, but after the images were released on Tuesday (05Apr16), Gigi was quick to share a snap on Instagram and let her fans know when the issue would be on sale.

The couple began dating just months after Zayn called off his engagement to Little Mix singer Perrie Edwards, while Gigi had only just broken up with American singer Joe Jonas.

At the start of 2015, Gigi was dating pop star Cody Simpson, and the 19-year-old recently opened up about losing his ex to another pop hunk.

"It's just kind of the natural way things go," he told ET Online. "You're going to expect that kind of stuff. But I'm always very happy for her and her career and that type of stuff."