Cowell shrugged off Zayn's recent claims that his former 1D colleagues don't speak to him anymore, but said he was interested in his solo career.

After his comments about his former One Direction bandmates barely acknowledging his existence, the group’s former mentor Simon Cowell has dismissed Zayn Malik by saying he’s “not interested in a single word he says”.

When asked by Yahoo Celebrity if he was worried that what Malik said might damage the group, the ‘X Factor’ judge and music mogul replied with typical candour: “I’m not interested in a single word he says, but I am interested in what he sings.”

This seems to chime with his attitude at the launch of the auditions for this year’s series of ‘Britain’s Got Talent’, when he said of Zayn’s upcoming solo material: “I’ve heard it, it’s good, he’s going to do well.” 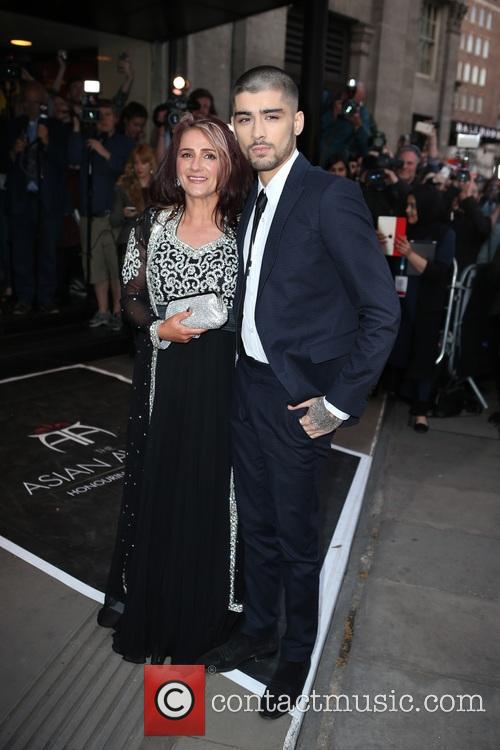 Zayn Malik with his mother at the 2015 Asian Awards

23 year old Malik, who quit the group citing exhaustion in March last year, unveiled his brand new solo single ‘Pillowtalk’ at the weekend. In a recent interview with Billboard, he claimed not only that he didn’t like the songs they’d released since his departure, but also that his former 1D colleagues are virtually strangers to him and don’t respond to his texts or calls.

More: Is Zayn Malik taking a swipe at his ex-fiancée Perrie Edwards in new interview?

“I had every intention of remaining friends with everybody, but I guess certain phone numbers have changed and I haven’t received calls from a lot of people. I’ve reached out to a few of them and not got a reply. Certain people have pride issues, but its stuff you overcome in time.”

Focussing on One Direction, arguably his most successful project ever, he said that he reckoned sales of their most recent album Made in the A.M. will pick up again when the public sees the video for new single ‘History'.

“I just saw the video last night and, God, it makes you feel emotional. When that drops you’re going to see another lease of life for that record. I did get emotional watching it.”