The 21 year-old singer reveals how the comedian congratulated One Direction for their performance at the Olympics closing ceremony in 2012.

When a young man needs some much needed advice on the risks of unprotected sex, Russell Brand is the last person you'd expect dishing out some valuable tips. However, the British comedian must have thought he was up to the job when he met One Direction's Zayn Malik. 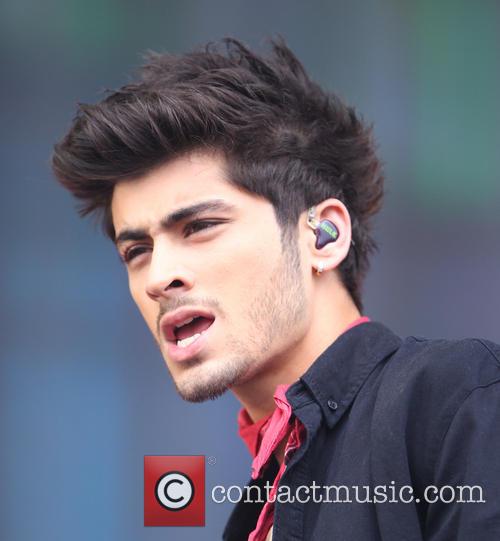 The 21 year-old singer, who forms one fifth of the beloved boy band, recalled meeting Brand backstage at the 2012 Olympics in an extract from 1D's new autobiography 'Who We Are,' published by The Sun on Sunday newspaper, and described the incident as one of the "maddest times" he had ever experienced.

"Backstage at the Olympics was one of the maddest times I've had with the band," Malik wrote. "These crazily famous people were coming up and talking to me. All my life I'd seen them on TV and here they were just chatting away to us."

Malik revealed how Brand approached the lads after their memorable performance at the closing ceremony of the Olympics to congratulate them, and then decided to offer some very important advice.

"Russell was brilliant. He was saying, 'Your performance was sick.' Then he started giving me family planning advice!" he continued. "I was like, 'Russell, you shouldn't be giving me that sort of advice!' He was hilarious, a really nice guy."

This is certainly a busy time for the former 'X-Factor' U.K. contestants, as well as preparing the release of an autobiography, their fourth album, 'Four,' will come out November 17th, 2014, and the release of their new single, 'Steal My Girl', which is also due out on Sunday 12th October, 2014.