The pageant queen has disappointed the Miss Great Britain Organisation.

The reign of Miss Great Britain has been abruptly cut short by the organisation that crowned her after her romp with Alex Bowen on 'Love Island' on Wednesday (June 15th 2016). The crown has been passed on to pageant runner-up Deone Robertson for the remainder of the year. 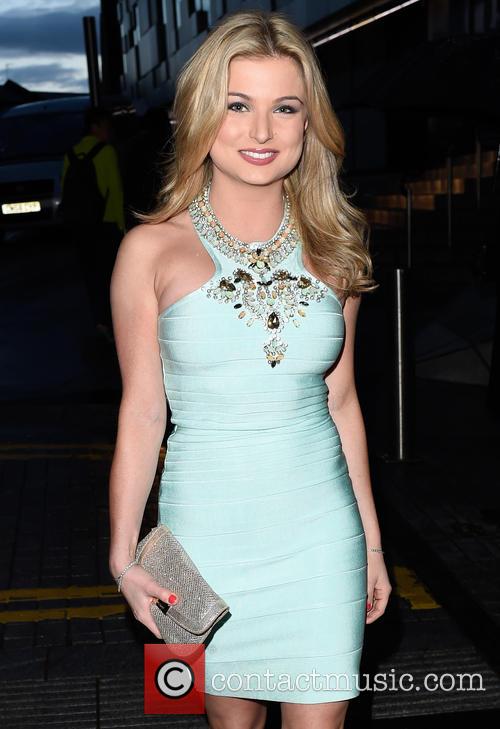 20-year-old Zara Holland and former Miss Hull spent the night with her date, newcomer and Vicky Pattison's ex-boyfriend Alex Bowen, on Wednesday's episode of ITV2 reality show 'Love Island' where they ended up having sex. Zara had been given a choice between Alex and James Khan upon their arrival at the Island as to who she wanted to take on a date. She was later given the choice to stay overnight in their private room or return to their usual sleeping arrangements.

Now she's been officially 'de-crowned as Miss Great Britain' by the Miss Great Britain Organisation after getting carried away. 'As an organisation we have not taken this decision lightly, we are close to all of our winners and wherever possible stand by them during their reign. That said, we feel we have no choice but to make this decision under the current circumstances', they said in an official statement.

'We pride ourselves on promoting the positivity of pageants in modern society and this includes the promotion of a strong, positive, female role model in our winners', they continued. 'The feedback we have received from pageant insiders and members of the general public is such that we cannot promote Zara as a positive role model moving forward. We wholly understand that everyone makes mistakes, but Zara, as an ambassador for Miss Great Britain, simply did not uphold the responsibility expected of the title.'

They added that Deone Robertson would now be crowned as Miss Great Britain as 1st runner up and former Miss North Lanarkshire, and their decision to de-crown Zara would be fully explained to her upon her return home.

To make matters worse, Zara isn't particularly happy with her own behaviour. 'Really disappointed', she said in the Beach Hut. 'It's my own fault though. Can't blame anyone else for my own actions. What's done is done, but it isn't like me, that's what I'm trying to say. This is so out of character for me to do anything like this.'