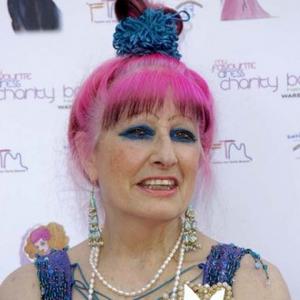 The British designer - who famously designed clothes for Britain's late Princess Diana and Queen frontman Freddie Mercury - wants the challenge of working with the 'Bad Romance' hitmaker because she thinks the results would be "extraordinary".

Zandra, who is known for her eccentric dress sense, said: "I just love how she puts her own take on things - I could make her a transparent kaftan and she'd look fabulous. One could do something quite extraordinary with her."

The 69-year-old fashionista - who has recently been in San Francisco creating outfits for the female stars of 'Aida' at the Houston Grand Opera - say if she ever got the opportunity to work with Lady Gaga, she would want to get her into her studio.

She explained to vogue.com: "If she did ever want me to design her something, I'd do what I did with Freddie Mercury and Queen - I'd just get her to come over and she could pick out the sort of thing she fancied and I'd work with that. It's all about seeing how something moves. She could try a few pieces on and we could go from there."