Zack Snyder has been chosen to direct the new 'Superman' film ahead of a list of directors including Darren Aronofsky and Ben Affleck. 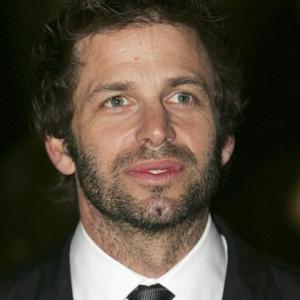 Zack Snyder will direct the upcoming reimagining of 'Superman'.

The 'Sucker Punch' director - who fought off a long list of people including Darren Aronofsky and Ben Affleck to land the coveted role - revealed he cannot wait to start work on the Christopher Nolan produced movie.

He said: "I've been a big fan of the character for a long time, he's definitely the king of all superheroes, he's the one. It's early yet, but I can tell you that what David and Chris have done with the story so far definitely has given me a great insight into a way to make him feel modern. I've always felt he was kind of awesome. I'll finish 'Sucker Punch' and get right at it."

Zack - who has also directed '300' and 'Watchmen' - admitted he didn't know why he had been chosen to direct the movie but said he is ready for the challenge.

He explained: "I can't say why they came to me other than the fact that they know I have a fondness for the character and a real desire to understand him and present him to a new audience. The challenge is huge but you know with Chris and Emma and Debbie I have a lot of people I can rely on. And Chris and David have given this the shape with a great story. It is a hard character to crack."

Christopher Nolan along with wife and producing partner Emma Thomas will produce the movie based on a script written by Jonathan Nolan and David Goyer. Legendary Pictures' Thomas Tull will executive produce.

'Mad Men' star Jon Hamm is the favourite to star as the superhero, despite claiming he has been "aged out of the competition."

The untitled movie is set for a 2012 release.