$4.6m In Midnight Screenings For Watchmen 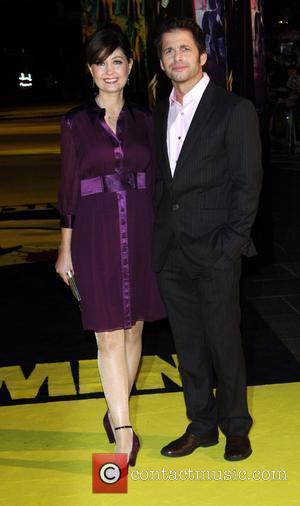 The big screen adaptation of feted graphic novel Watchmen has made $4.6 million at the US box office in midnight screenings.

The midnight takings are double that of director Zack Snyder's previous film 300 but dwarfed by The Dark Knight, which made $18.5 million on midnight screenings last year.

Watchmen's 160-minute running time and R certificate have been blamed for the takings, which put it on course to make about $25 million this weekend.

Critics have complained that the movie is too faithful to Alan Moore's graphic novel, which the writer himself complained was largely un-filmable.

While fans are likely to enjoy the scene-for-scene recreation, non-devotees will be left confused, while both groups suffer from the disjointed pace, reviewers claim.

Variety said fans would "thrill to every pulpy line of dialogue and bloody act of retribution".

The Los Angeles Times said: "Alan Moore was right. There isn't a movie in his landmark graphic novel Watchmen - at least not a really good one."

But inthenews.co.uk's Lewis Bazley commented: "From its outstanding Bob Dylan-soundtracked opening credits - which move us through newsreel tableaus and a Minutemen Last Supper to create a back story and an entire world in under three minutes - there's never any doubt this is an undeniably faithful Watchmen film made for fans by a devotee."