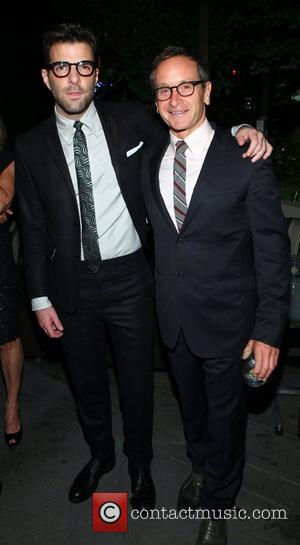 If you thought the premiere of American Horror Story Season 2 was good, you had better prepare yourself for some serious thrills in episode two.

If you don’t want to know what happens, then stop reading now, but if you just can’t wait until the next episode hits your television screens, then read on, there’s some pretty exciting stuff in store.

As the first episode ended, so the second begins, with Theresa (played by Jenna Dewan Tatum) running away from the gruesome Bloody Face. We’ll tell you that much, but we won’t tell you what happens to her, just yet. What we will tell you though is that Zachary Quinto makes his debut as Dr. Oliver Thredson. E! Online have described him as “a breath of fresh air for viewers” and fans of the show will relish seeing how he interacts with the likes of Sister Jude (Jessica Lange) and Dr. Arden (James Cromwell) when he comes to Briarcliffe to assess whether or not Kit (Evan Peters) is fit for trial. He learns a thing or two about modern psychiatric teachings, from a patient who suggests that not all can be explained by what he has already learned.

And of course, away from all the horror, murder and psychiatric torment, the series simply wouldn’t be the same without an underlying love story. We all know about Sister Jude’s infatuation with Monsignor Howard (Joseph Fiennes) but is something brewing between Grace (Lizzie Brochere) and Lana (Sarah Paulson)? We’re only on episode two of this series and already the series is bursting with intrigue. We’ve reserved a space behind the sofa for episode three already.