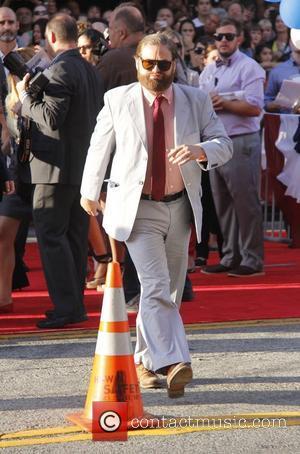 Comedian Zach Galifianakis and actress Renee Zellweger have been quietly helping to take care of a homeless old woman in their Los Angeles neighbourhood by providing her with food and shelter for the past two years.

The Hangover star came across Mimi at a laundrette in Santa Monica, where she helped out customers for spare change. He soon discovered that the elderly lady had no place to call home and no family to turn to, so he took it upon himself to find an apartment for her - and cover all costs.

A source tells America's Star magazine, "It just broke his heart, so he decided to rent an apartment for her - and he has been covering her rent and utilities for two years now."

Zellweger, who frequents the same laundrette, wanted to get involved too so she has been working with fellow Good Samaritan Galifianakis to ensure Mimi never goes hungry.

The insider says, "She furnished the apartment and makes sure that Mimi always has food in her fridge."