The Hangover III trailer has finally arrived with plenty of action and intrigue. It should prove to be a great conclusion to a successful franchise. 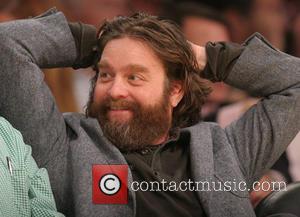 The Hangover franchise has been enormously successful fiscally and critically. It's crude and fairly disgusting at times with a few nice twists to keep audiences entertained, plus it's launched the career of Bradley Cooper to the upper echelons of actorly stardom in his Oscar nominated movie Silver Lingings Playbook. The trailer for the third and final movie in the series has just been released. Despite the fear that the gang's returning to Las Vegas would feel like a rehash of the original, by the looks of the trailer like we're in for a brand new ride.

The first surprise is Alan's uncharacteristically beautiful voice (yes, just like Tom Hooper's epic Les Mis, Zach Galifinakis sang that live too. We hope.) singing Ave Maria at someone's funeral. The second surprise is that this story returns to Las Vegas. The Hangover II's Bangkok setting could have been the beginning of an enormous franchise that toured the world's best cities and the potentially insane adventures in each one. But the writers and producers have played smart by taking it back to the scene of the crime.

"I swore to myself that I would never come back," says Stu, adding "someone needs to burn this place to the ground." Clearly, none but Alan is looking forward to the next 'adventure' that they surely feel is inevitable. But by the following quick fire footage of pig faces, the return of Mr Chow, Melissa McCarthy as a lollipop-cruncher, gun-fire, epic scenery and the death of a giraffe the Hangover III may really be as epic as it's "epic conclusion" description promises to be.