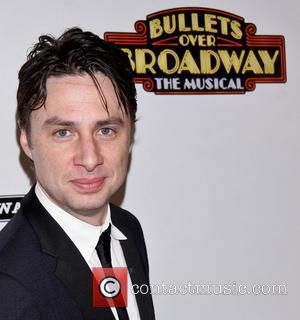 Actor Zach Braff and his model girlfriend Taylor Bagley have split after five years together.

The former Scrubs star has been dating Bagley since 2009, but his representative has confirmed their romance has come to an end.

Braff's rep tells JustJared.com, "Zach and Taylor broke up over a month ago. They are continuing their friendship but are no longer a couple."

According to Page Six, the pair split during preview performances of Bullets Over Broadway in March (14), the musical which Braff is currently starring in.