Zach Braff In Awe Of Oz

Zach Braff was shocked by 'Oz: The Great and Powerful' because he had never experienced such a large-scale production. 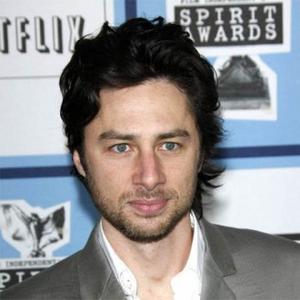 Zach Braff was shocked by the scale of 'Oz: The Great and Powerful'.

The 36-year-old actor stars in the Disney prequel to the 'Wizard Of Oz' with a stellar cast including James Franco, Michelle Williams, Charlize Theron and Mila Kunis and admitted he couldn't believe how much money was spent on the film.

He said: "I just did 'Oz' and you are walking around these amazing sets and everywhere I look are the greatest pictures I could ever take. Or you're walking through the hallways and the elevator door opens and a munchkin gets out and no one even bats an eyelid. I have never seen filmmaking on that scale."

Zach has written the play 'All New People' which he also stars in and being able to move between blockbusters and his own works is a dream come true for him, even if he sometimes has difficulty writing.

He told Britain's Elle magazine: "I get to be in an epic Disney movie and then I do something I wrote and work with amazing directors. That's what I dream about.

"Staring at an empty screen is isolating; ironically my new play is about loneliness so that helped. I do find it painful though and sometimes I procrastinate."