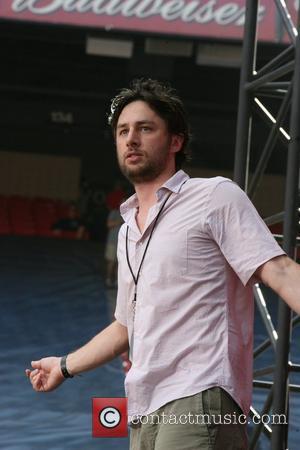 Zach Braff struggled with the sex scene in new movie The Last Kiss - admitting feigning intimacy with sexy co-star Rachel Bilson was "awkward". The SCRUBS star has no idea why anyone finds such scenes titillating, because he insists it was simply full of "fumbling and elbows everywhere". Braff says, "Filming that scene was awkward. But that's one of the things I like about the way the sex scene is done- the honesty of it. It's not one of those sex scenes where he lays down on the bed and everything's beautiful, shot through filters. It's a fumbling, awkward, elbows everywhere kind of scene."