Zac Efron has been left angry by his friends who trashed his garden while he was away shooting his latest movies. 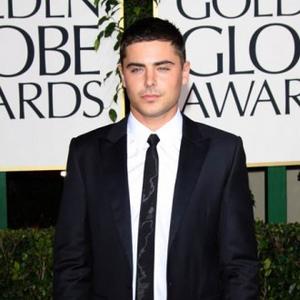 Zac Efron is furious after friends trashed his home.

The 23-year-old actor is away from Los Angeles for several months shooting 'The Paperboy' and 'Heartland' so told his pals they could use the pool at his house while he was away.

However, he soon regretted his decision when his parents visited Los Angeles and went to the property only to discover a huge mess in the garden.

They instantly sent him a message to say: "The place looks like a bomb hit it."

Zac immediately took action and his pals are no longer allowed to relax in his garden while he is not there.

The source added: "Zac was totally upset, immediately ordered the locks on his gate changed - then phoned his buddies and told them their pool privileges are revoked."